South Africa’s historical timeline is synonymous with the hallmarking events pioneered by Nelson Mandela. In commemoration of this icon’s birthday (18 July) it has become a worldwide tradition that it be celebrated by dedicating 67 minutes of one’s time to completing a small deed that has the power to permeate into greater change.  This year, specialists in child and teenage aligned merchandise, ​Rookie USA  expanded its charitable footprint at the Non-profit Organisation called Afrika Tikkun and visited their Uthando Centre in Braampark. With its focus on youth empowerment followed by overall family wellbeing, ​Afrika Tikkun channels Madiba’s initiative in its day-to-day operation through which it provides health, education and social services to the 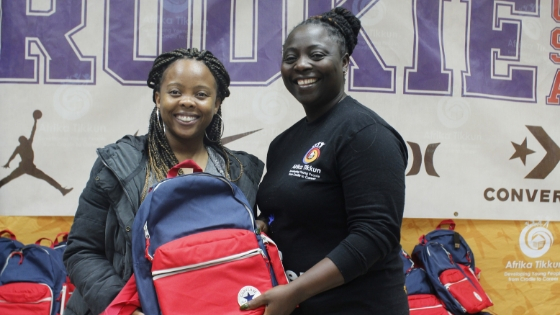 members of its programme. ​Rookie USA made an extensive effort to give back and did so by donating 480 stationary-filled backpacks to the youth groups at the centre.  Each backpack contained basic necessities for school attendance and the opportunity to make an individual’s life easier resulted in several compliments,  one in particular made by General Manager, Nehwoh Belinda: “I would like to thank you on behalf of the children, staff,parentsandtheUthandoCentre.  We appreciate it and we do not take anything for granted.”

In addition to the generous gifts which included educational charts and playtime material, theRookieUSAteamspentadayinthekitchen, assisting in the preparation and serving of meals. Looking back on what it means to contribute to Afrika Tikkun (of which Nelson Mandela is the Patron-in-Chief) Rookie USA Brand and Marketing Manager, Lee-Anne McKenzie reflects on why this day is so significant to the brand.“We are privileged to have been a part of a fun-filled day at this benevolent organisation. We hope that this is the start of a prospering relationship between Rookie USA and the Uthando centre. We would like to grow Rookie USA’s work done in aid of charity and we hope that this is the first of many. Thank you for allowing us into space”    Check out Rookie USA South Africa’s ​website ​www.rookieusa.co.za​ and  Instagram page ​@Rookieusa.za​ ​#RookieZA​\ 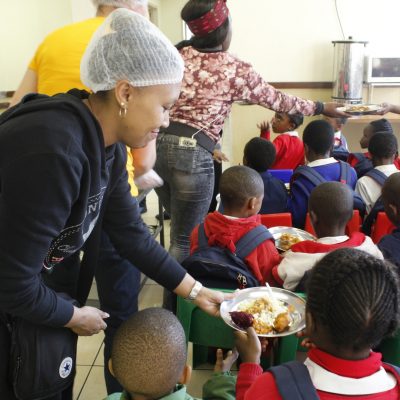